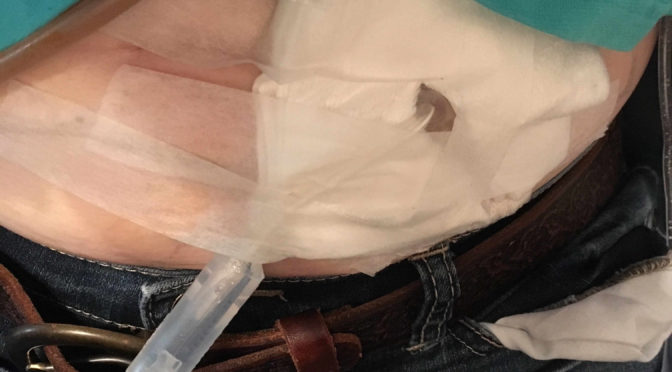 So the medical malarkey is finally over. They sent me home on Saturday after making sure at least part of my tube was still in my intestines. Interventional radiology didn’t want to come in over the holiday weekend, so I had to go back yesterday to get my tube fixed. They did the change with no pain meds, and the whole area was already inflamed. I said ouch a few times. At least I got a shiny, new J tube out of the deal? Now if only we can figure out how to get it working…

Wow. I just found out I have bad arthritis of both hips, I rely on IV nutrition to live, and I’m looking at a neck fusion. I am so terrified right now, not because of my health problems – those I can deal with. What scares me is how this government wants to treat me, because I was born with a genetic condition. Even if you don’t have a disability, you still live with this fear in your life. 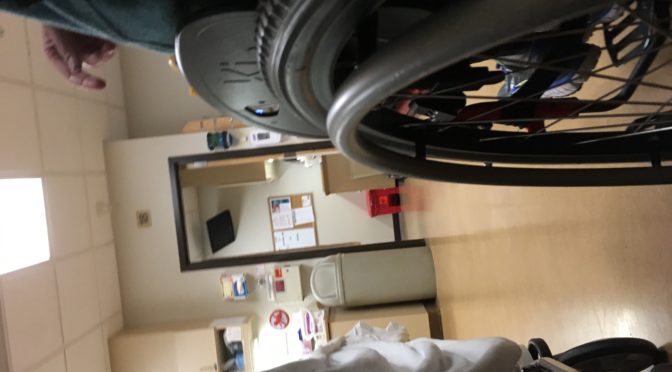 In the ER to get my second dose of antibiotic. This is after waiting almost three hours to be seen. I was here last night with a kidney infection, and had to come back today for my second dose of IV antibiotics. It has to be IV because I don’t tolerate meds orally or through my tube. All this is because my infusion company in Colorado won’t accept a prescription from an Oregon doctor. Hopefully my primary physician will order the remaining doses. If not I’ll have to go to the ER when I get back to Denver tomorrow. Having a chronic illness is a full-time job. I’m still not sure if Medicaid will pay for all this either. At least I have Medicaid. If the AHCA passes I probably won’t even have that. 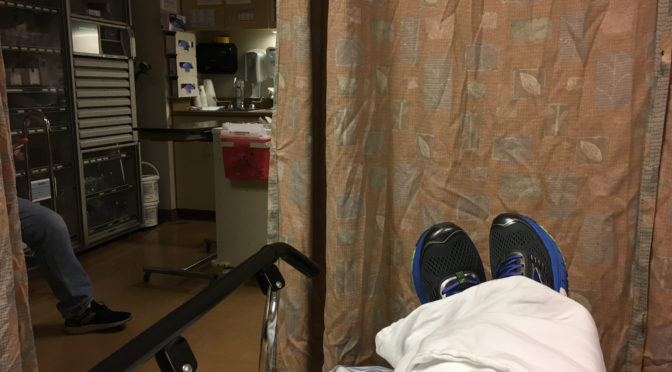 Even going on vacation is risky business. In Oregon visiting my partner’s family, and in the ER with a likely kidney infection. Having only Colorado Medicaid, I’m really worried about huge bills from all this. Wouldn’t it be nice if we had universal, national coverage? My friends in the U.K. And Canada likely don’t have these same concerns. 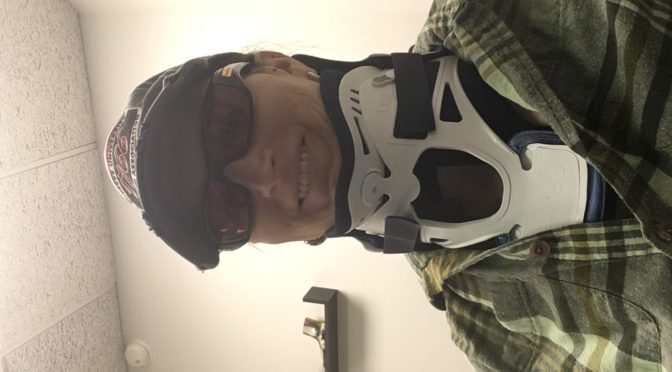